I have lived in and around Fountain Valley for close to 40 years.  I can still remember when the community was filled with fields, farms, and the massive drive-in movie theater that use to dominate the area.    I am the eldest of three children.   My parents, both of my siblings, and their families still live in or around Fountain Valley.   I attended kindergarten through 8th grade at Moiola Elementary. The positive memories I had in elementary school are what helped to influence my path in education.   I graduated from FVHS and lettered in both cross-country and track.   During high school I worked as a life guard here in Green Valley during the summers and at Pace (Sam’s Club now) during the school year.

After high school I attended Orange Coast College for a year then decided to take the road less traveled, one that would quell my adventurous nature.   Over the next two years I would be employed by the California Conservation Corp. working as a wildland firefighter with CDF and US Forestry as a back-country ranger.   Both jobs instilled within me a strong work ethic and a strong love for nature.   They also gave me ample opportunities to engage in one of my true loves, fishing.  Eventually, I came to realize it was time to go back to college.

Initially I went back to OCC for a semester and then enrolled at Montana State University.   At Montana State, I was able to work on my Bachelors in Education while fishing daily and skiing all winter.  Upon graduating from college, I immediately found a job as a 5th grade teacher in the small rural town of Three Forks, Montana.   My school was a K-12, and housed a total of 550 students.   In addition to being a 5th grade teacher for three years, I was also the high school volleyball and track coach.  My summers were spent fishing but by then I was getting paid to guide.  It was while guiding for a former superintendent of FVSD that the seeds were planted for my return to Fountain Valley.

While still working in Three Forks, I applied for and was awarded a position teaching science and PE at Masuda for the following school year.   After resigning from Three Forks, I packed up a trailer and moved back to the area.   Over the next five years at Masuda, I taught math, science, computers, and PE to 6th-8th graders.  It was also during this time that two separate significant events took place, receiving my Masters in Administration and meeting my wife, Andrea.  After five years of teaching, the former Masuda Principal, Sandy Stahlecker, convinced me to apply for the assistant principal opening and four months later I was starting at Fulton under Chris Christensen.   I  worked at Fulton for three years before rejoining Masuda where I was principal for four years.   I am extremely excited to have been Newland Elementary's principal for the past 6 years and looking forward to what I know will be a fantastic year!

Most days, my wife, son and daughter take up much of my free time, which is just fine with me.   I still truly enjoy fishing on my kayak when I get the chance and love going to Angel games with my father.   I live for the moment and cannot wait to see what happens next. 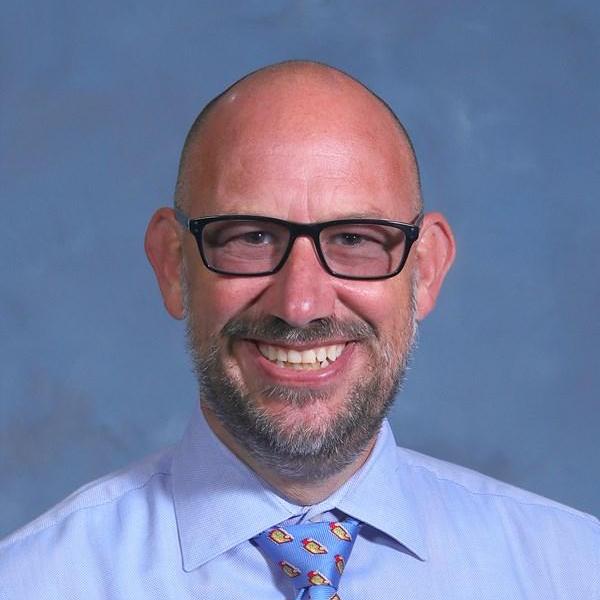